Posted on December 9, 2018 by bantuhikers

As the sun began to settle in the skies marking the warmer months ahead,  the wind danced the remnants of the winter chill. Saturday the 17th of November had arrived and Bantu Hikers signature booming laughter and chatter took over the entrance of the Mont Rochelle Nature Reserve as we waited for the clock to strike 8am. 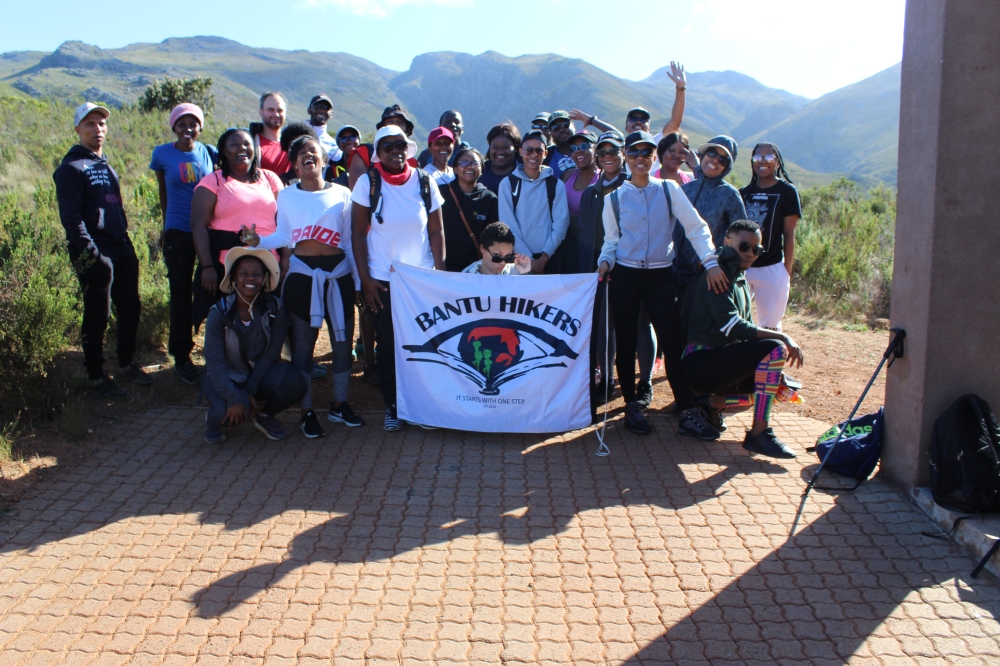 This hike like most, had a special guest, Earl, who traveled from the United States to #occupyspaces in Africa.  The clock struck and the first step was taken.  What started off as a gentle walk quickly escalated, demanding more of the body and mind.  Breathtaking views of the Franschhoek Winelands were revealed with every ascending step, offering picturesque lookout points strategically positioned by mother nature herself. There was an opportunity to reconnect as a group, grab a breakfast snack and capture the moments as we reached the boulder upon which we took on the “idibala challenge” (latest SA dance phenomenon). 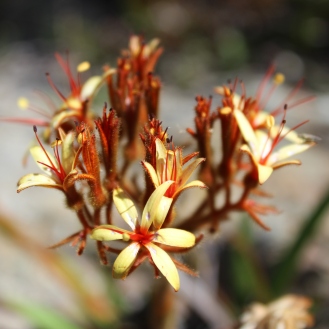 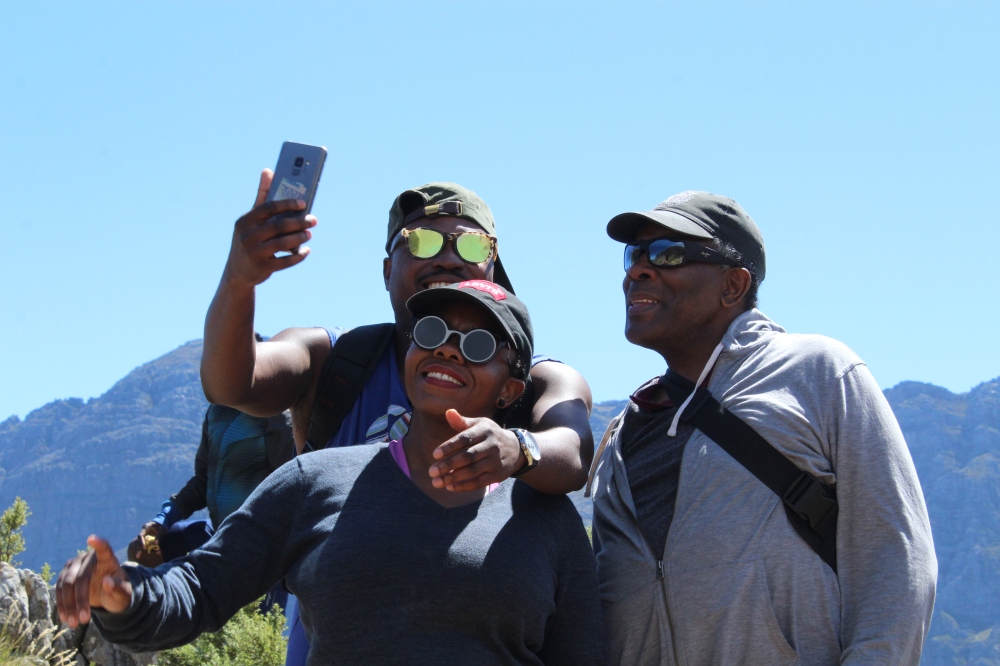 After much debate and cheering on, the group decided to push boundaries as one unit and take on the advanced more challenging trail, all in hopes to witness the promise of heavenly views of a lake. Victory never looked and smelled so good, that a victory dance was necessary by our resident dancers (Simone, Khanya, Sizo and Refilwe). 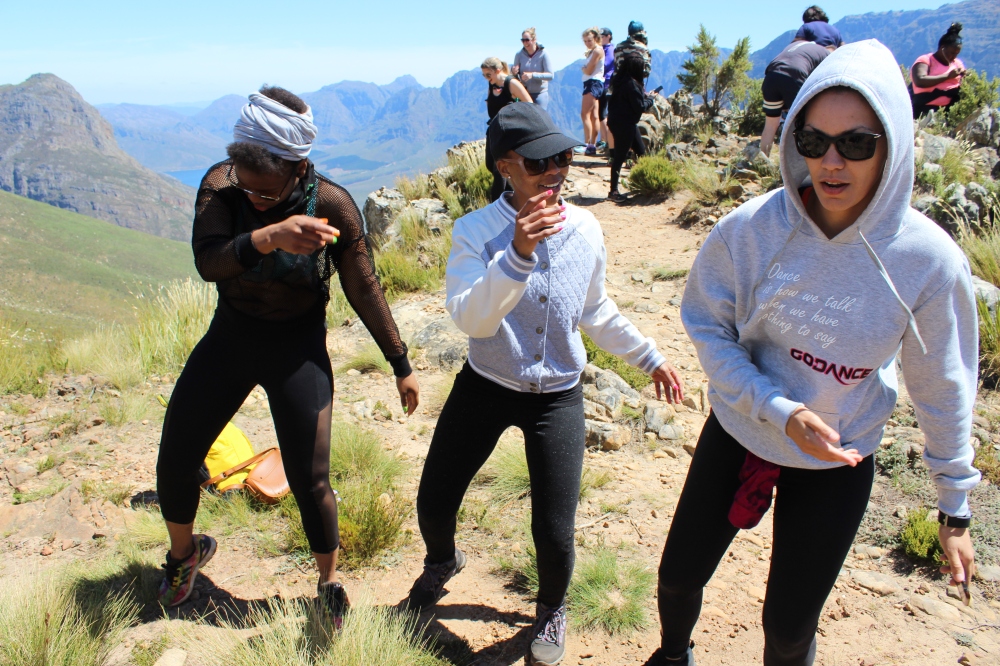 The descent was high paced with a gentle but suggestive push for the prospective wine tasting and lunch, that always provides the platform for rigorous and thought-provoking discussions and debates and where strong networks are built.  The Mont Rochelle Festive Franschhoek hike truly encapsulated 2018. A year of challenge, victory, reflection and the acknowledgement of the importance of support to achieve success. 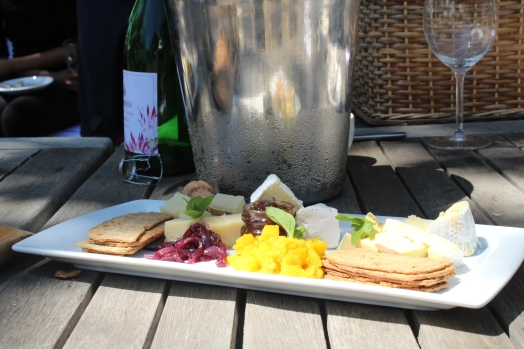 The season of giving was officially signed, sealed and delivered. Cheers.

We provide a platform that promotes wellness; encourages networking and fosters a culture of education; through mentorship by creating memorable living experiences for young people from disadvantaged communities. View all posts by bantuhikers